Editor’s note: Galactic Sandbox’s Event Horizon feature is dedicated to the late John Dobson, evangelist astronomer and telescope innovator extraordinaire, whose life and work influenced a generation of amateur star gazers as well as revolutionized the commercial telescope industry. Contributing columnist Tom Chargin was a protege and friend of this cosmic “Johnny Appleseed,” and sheds light on a lesser known (though no lesser aspect) of Dobson’s role as torch-bearer of the “steady state” theory of the universe with no beginning or end.  While the mainstream scientific community has declared this torch snuffed out, Galactic Sandbox offers this forum as an opportunity for serious thinkers to be presented with information that may not be readily available to the general public. Mr. Chargin welcomes all comments, observations, and thoughtful rebuttals, Enjoy! — Agnett Bonwit, Managing Editor 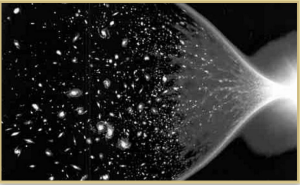 Most of us take for granted that our universe started at an infinitely short moment almost 14 billion years ago with what is known as the “Big Bang.” However, few are aware that a controversy raged for decades during the 20th Century between two opposing camps regarding the past, present, and future of the cosmos. Centuries before that time, the birth of the universe was relegated to myth, religion, and philosophy; however during the period between 1920 and 1970 when cosmology was transformed into a bona fide branch of physics, scientists debated whether the universe originated billions of years ago as an explosion from an infinitely dense and infinitely small “superatomic” kernel of energy, or if we live in a “Steady State” infinite universe with no beginning and no end, in which matter is continuously being replenished in the space between galaxies. 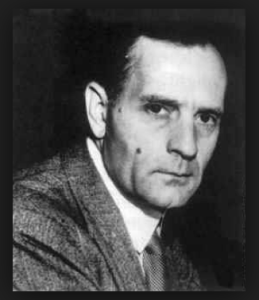 Both theories explained the outward expansion of the galaxies as discovered by luminaries including Edwin Hubble, and both theories had their strengths and weaknesses. For example, the Big Bang successfully accounted for the known bounty of hydrogen and helium in the cosmos, however it introduced the notion that creation seemingly popped out of nothing. The Steady State thesis avoided this stumbling block but replaced it with many little unexplained beginnings (those pesky matter particles spontaneously appearing out of thin air). In its favor, the Big Bang camp made one testable prediction: if the universe began in a super-sized hot blast, the cooled remnant of that radiation should still lurk in the metagalactic background, and scientists should be able to accurately calculate its microwave spectral distribution. 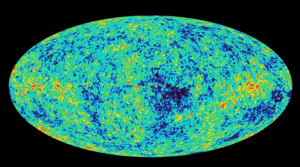 This is precisely what was discovered in the 1960s, and with the debut of the Hubble Telescope and other sophisticated space-based instruments in the late 20th and early 21st Centuries, the Big Bang theory prevailed over Steady State in this cosmological survival of the fittest. However, while almost all astronomers now adhere to the Big Bang (most to the point of being “gospel”), some nagging questions linger. Currently, however, there’s little incentive to rock the boat given the Big Bang theory is viewed as working “pretty well,”and that there is little professional challenge (either by attrition or design) to the status quo. 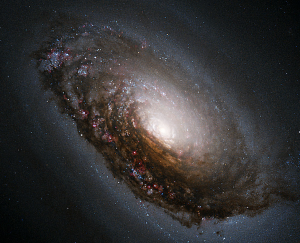 “Sleeping Beauty” or Black Eye Galaxy comprised of two counter-rotating disks. The celestial object is thought to have been created via a collision with a gas-rich satellite galaxy in a retrograde orbit, or the collection of gas clouds from intergalactic space.

In the upcoming “Event Horizon” articles, contributing columnist Tom Chargin will address these questions as he fleshes out some of the stories and personalities (some of whom he knew personally, including John Dobson of the Dobsonian telescope fame) behind this Big Bang/Steady State “Battle of the Cosmos.” In addition, Mr. Chargin will explore some of the sticky wickets that have threatened to derail the Big Bang juggernaut:

1 When wavelengths of the light are stretched by the expansion of space.

2 Scientists have struggled with the Horizon Problem in which different areas of the universe share the same temperature and other physical properties even though the transfer of energy can’t occur faster than the speed of light.

3 Our universe apparently is flat, with a matter density and expansion rate that appears to be nearly perfectly balanced. This begs the question why minor variations haven’t increased dramatically over 14 billion years.

One thought on “Event Horizon – In the Beginning …”