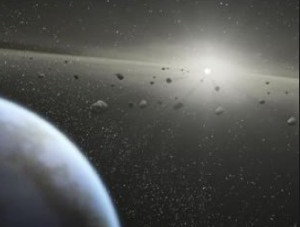 The WISE craft, as it is called, actually spotted 439 objects in orbit around our planet in 2015, with 72 of them being labeled as “newly discovered.” 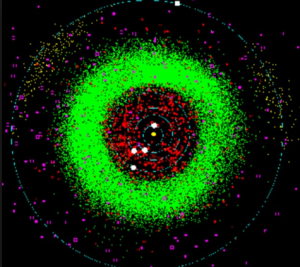 Based on the number of potentially planet-killing asteroids found by NEOWISE, researchers have projected that there could be up to 47,000 such objects capable of colliding with Earth.

Considering that NASA was given the green light to awaken the space-based infrared observatory from deep sleep in 2013 to study the population of near-Earth asteroids and comets (including optically dark masses difficult to spy from the ground), it would seem that this has been cash more than well spent.

Although, I can hear a raucous din in the background… why, it’s the far right echo machine saying, “We can’t spend money on outer space when so many gazillionaires are STARVING!”

That – or some facsimile of that whining ill-wind — is the battle cry used against NASA spending since the inception of the agency more than 60 years ago.  And it’s getting old – not to mention more nonsensical.

I can’t even begin to tick off all the new science revelations and technologies humanity has because NASA built them or discovered them, and believe me, it goes far beyond Velcro and Tang.  The bio-physiological discoveries alone have saved countless lives. 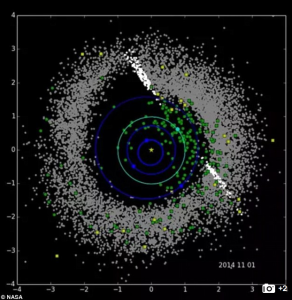 Part of a Nasa animation showing all of the asteroids near Earth being tracked by the agency. Created by data from the Neowise mission, the graphic represents Near Earth Objects in green. The orbits of Mercury, Venus and Mars are in blue and Earth’s orbit is in teal

But imagine the white noise coming from the GOP chucklehead machine when the WISE spacecraft went into a mystifying hibernation in 2011 less than two years after it launched.  Well, it made a comeback thanks to NASA brains who woke it up, and now it has made a “milestone,” says the space agency.  In the past year alone the scrappy craft has snapped some 1.5 million photos and processed data on 19,000 asteroids and comets.  From there it figured out which ones could pose a threat to our planet.

Every Earth scientist and geologist and near Earth object expert says that a planet killing rock like the one that finally did the dinosaurs in after it hit the Yucatan 65 million years ago is going to happen again at some point.  You’ve heard it before: it’s not a matter of if but when. 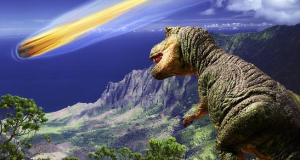 Just admitting that sobering fact is a big step toward defending ourselves, as humans, against the pinball machine known as the Cosmos.  Thanks to some enlightened politicians and the absolute necessity of it all – despite Republican stinginess – NASA finally created the Planetary Defense Coordination Office – only a few months ago! 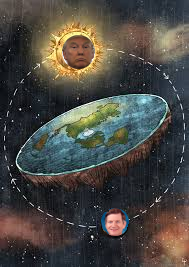 However, thanks to decades of Republican temper tantrums and fiscal tut-tutting, we’re still stuck with only half the solution. Even though scientists will be able to tell us when and where we will die after an Alabama-sized space chunk, say, hits Chicago, we don’t have any way to stop the sucker in the first place from turning our home planet into a barren clod covered in 500 feet of pulverized dust. Tragically, while we have the capability of blowing up the Earth several times over, we still do NOT have the ability to launch an asteroid-destroying rocket or provide any other means of cosmic defense.

So next time you hear a Trump supporter saying “We need to fix the pot holes before we stop the planet killing objects,” I suggest you gift that moron with a hard hat and an honorary membership to the Flat Earth Society. – Kate Woods 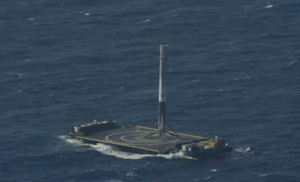 Near perfect landing for Space X’s first safe return of its Dragon first stage rocket at sea on the robotic drone barge, “Of Course I Still Love You.”.

With the precision of an Olympic gymnast, Space X’s Falcon first stage triumphantly stuck its landing on an ocean-based barge Friday while the craft’s cargo capsule soared in orbit to eventually catch up to the International Space Station with 6,913 pounds of much-needed goodies.  “I think it’s another step towards the stars,” Space-X chief Elon Musk said after Friday’s launch and landing. “In order for us to really open up access to space, we’ve got to achieve full and rapid reusability, and being able to do that for the primary rocket booster is going to be a huge impact on cost,” the Silicon Valley mogul-turned-space entrepreneur added. 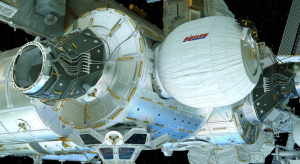 In addition to the supplies, the Dragon capsule also delivered an inflatable “add-on” habitat that the astronauts will secure to the station.  According to Fox News, “Bigelow Aerospace is providing the expandable compartment, which swells to the size of a small bedroom. It’s a testbed for orbiting rental property that the Nevada company hopes to launch in four years, and also for moon and Mars habitats.” 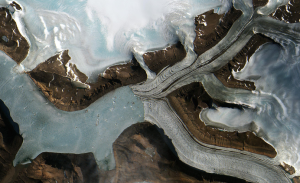 altering where the Earth rotates on its axis. According to a hot-off-the-press study in last week’s Science Advances, the Earth’s axis of rotation at the North Pole has made a sharp u-turn since 2000, and instead of moving  7 to 8 cm per year toward Canada, it is now marching 16 to 18 cm toward the U.K. and Europe. While the new study does not place direct blame on climate change for the sudden about face in the spin axis, but has observed that this is due to the loss of polar ice in Antarctica and Greenland. “If we lose mass from the Greenland ice sheet, we are essentially putting mass elsewhere. And as we redistribute the mass, the spin axis tends to find a new direction. And that’s what we mean by polar motion,” Surendra Adhikari, a researcher with Caltech and NASA’s Jet Propulsion Laboratory, told the Washington Post. 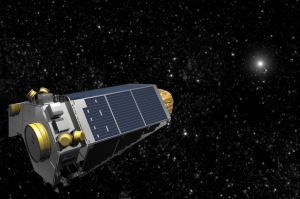 NASA is apparently working feverishly on trying to communicate with its gimpy Kepler “exoplanet-hunting” spacecraft as it appears to have switched into emergency mode 75 million miles from Earth, according to Nature. Kepler, which has discovered over 5,000 new planets outside our solar system, was given a new lease on life in 2013 when NASA figured out how to use the Sun’s pressure to orient the spacecraft after its gyroscopes malfunctioned. 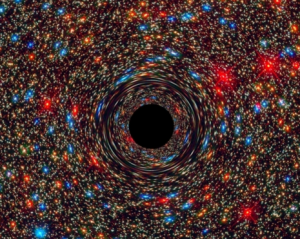 on where such gargantuan gravity wells lurk.  Surprisingly, this super-massive black hole has been found housed in a relatively modest “NG-1600” galaxy located 200 million light years away. This is contrary to the widely held belief by astronomers that behemoth black holes tend to reside in plus-sized galaxies, and could lead to the conclusion that such giant black holes are more common in the universe than previously thought. 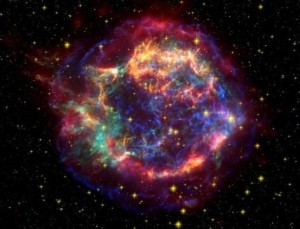 Scientists have found evidence that the Earth was seasoned with radioactive debris from a series of supernova explosions near our solar system just a scant 3.2 to 1.7 million years ago. According to the international team of researchers who found isotopic iron-60 in sediment and crust samples taken from the Pacific, Atlantic and Indian Oceans, the supernovae were probably less than 300 light years away and would have been close enough to be visible during the day and as bright as the Moon. While the Earth would have been bombarded with increased cosmic ray exposure, the fallout would have been so minuscule not to have caused direct biological damage or to have sparked mass extinctions. 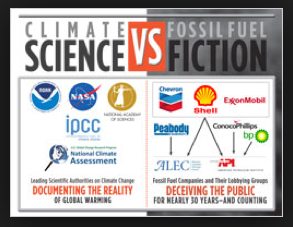 investigation led by a coalition of law enforcement officials heats up on whether Exxon-Mobil misled investors and the public by downplaying the impact of global warming. The Competitive Enterprise Institute has cited First Amendment abuse by the Virgin Island’s attorney general Claude Walker, who has subpoenaed the group, giving it less than a month to hand over public and private communications with Exxon-Mobile regarding climate change. CEI vowed to quash the subpoena, calling it “an affront” to its First Amendment rights. “If Walker and his allies succeed, the real victims will be all Americans, whose access to affordable energy will be hit by one costly regulation after another, while scientific and policy debates are wiped out one subpoena at a time,” a CEI spokesman said, according to the Wall Street Journal. 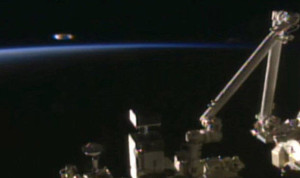 UFO hunters say on April 5th they spotted an oblong purplish metallic alien spacecraft keeping pace with the International Space Station, and one managed to grab a photo of it from the live NASA broadcast just before the space agency’s orbital show went “dark.”

A UFO enthusiast known as “UFOvni2012” said it looked like “The Millenium Falcon” of Star Wars fame, and said he tried to get more proof of what he saw when suddenly all the live transmissions from the ISS cut to black for more than an hour.

According to The Inquisitr (sic), extraterrestrial conspiracy buffs claim that this latest “sighting” was proof of ongoing “exopolitical” security activity in space between Earth governments and alien races. (Logically, this could be thought of being proof of anything – including the start of intergalactic drag races – but of course that just sounds silly.)

So guess who gets Galactic Sandbox’s periodic Tin Foil Hatter of the Week award?  Actually, it’s a double crown bestowed to not only the crack editorial team of The Inquisitr website, but also to NASA for feeding (or in this case cutting the feed) into the conspiracies UFOers accuse the agency of being complicit in. 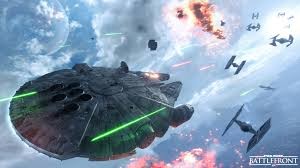 While the sighting was serious enough for UFOvni2012 to make MUFON report (MUFON database Case 75648), skeptics believe it was either a piece of space junk or the Chinese Tiangong 1 space station.  Who knows for sure?  Probably NASA.  But they aren’t commenting.