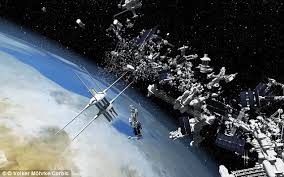 Finally – it looks like someone may actually do something about the ever-growing cosmic landfill orbiting our planet.  A Singapore start-up company plans to launch a space debris cleanup machine to orbit in in 2018.  The company, Astroscale, just found the right glue to equip their ADRAS 1 satellite which will seek out and trap the tons of space junk that endangers all space missions, future and current.

That’s right:  glue.  These guys aren’t messing around; the company says their sole mission is to get rid of man-made space debris orbiting the planet.  At this point, the ring of trash is so massive it’s probably visible to aliens eyeing Earth right now. 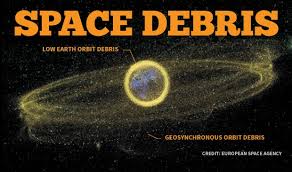 Adras 1 will be able to automatically detect and maneuver towards space junk.  It will then stick out an arm with the adhesive on it, collect the waste, and store it inside.  When the “trash sat” is full, it is designed to de-orbit, then burn up in the atmosphere.  The question is, how many Adras satellites will it take to clean up the half million pieces of crap up there, each traveling at 17,500 mph? 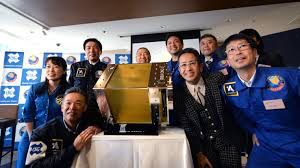 It’s not clear just how Astroscale will make money in their quest, unless every launch and space exploration outfit and agency on the planet wants to give the start-up a stipend for performing a public service.  We are not sure Astroscale even cares about profit.  A company engineer, Ait-Mohammed Nori, was quoted in Nature World News saying that based on her Japanese roots, space technology should not be developed for profit.  Their mission is to prevent man-made problems from hindering further development in space and to promote interest in space technology with the younger generation of Asian kids.

“They want to be part of something that will benefit the world, and getting rid of human-caused space debris will ensure the safety of future space missions,” said Nori.

The Galactic Sandbox staff salutes Nori and her colleagues at Astroscale.  We will be following their progress and cheering from the sidelines. 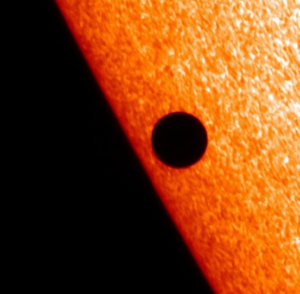 Mercury’s mini me eclipse of the Sun was photographed by the Japanese satellite Hinode in November 2006.

Reminder: Today from 7:12 am ET until 2:42 ET, denizens of the East Coast of North America, most of South America, and Western Europe will have a front row seat to one of the rarest celestial shows as the planet Mercury glides across the face of the Sun (see Worlds of Wonder, May 2). Mercury transit watchers are warned to use protection including solar filters for telescopes – again NEVER look directly at the Sun without proper eye gear! Given the relative size of Mercury to the Sun (it will be a black speck 1/158th the width of the solar disk), your best bet is to gaze online via live webcasts on Virtual Telescope or Slooh.com. 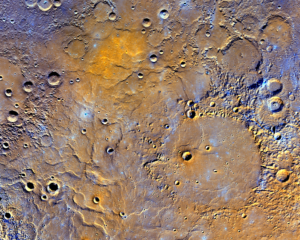 A view of Mercury’s northern volcanic plains includes  the 181-mile- (291-kilometer)-diameter Mendelssohn impact basin (lower right), named after the German composer, appears to have been once nearly filled with lava.

In a somewhat related item, NASA has released the first-ever topographical map of Mercury based on data collected by its now-defunct Messenger spacecraft that was forced into retirement last year after an eleven-year run when it was directed to crash-land into the innermost planet..This new map, stitched together with more than 100,000 images, features a variety of exotic topographical elements including the highest (2.78 miles) and lowest (3.34 miles) points on the planet. 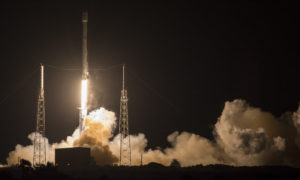 For the second time in a row, Space X has successfully lofted a communications satellite into orbit while at the same time saving its Falcon 9 rocket’s first stage by safely plopping it on a floating barge. Last Friday’s launch delivered a Japanese comsat into geostationary transfer orbit, and was the second time in a row that its reusable Falcon 9 found solid ground following a series of spectacular failures. However,  with success, comes another problem, as Tweeted by Space X founder Elon Musk: “May need to increase size of rocket storage hangar.” 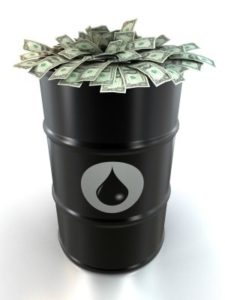 Forum last Wednesday held at his Tesla factory in Fremont, California. Musk rightly accused political leaders in the US and around the world of bowing to the “unrelenting and enormous” lobbying power of the fossil fuel industry, and warned that a global “revolt” may be necessary to make the jump to a fossil fuel-free world.

Musk noted that according to the International Monetary Fund, the massive subsidies provided to oil and gas companies have reached $5 trillion a year, and called for a tax on greenhouse gas emissions:

The fundamental issue with fossil fuels is that every use comes with a subsidy,” Musk said. “Every gasoline car on the road has a subsidy, and the right way to address that is with a carbon tax. Politicians take the easy path of providing subsidies to electric vehicles, which aren’t equal to the applied subsidies of gasoline vehicles. It weakens the economic forcing function to transition to sustainable transport and energy. It is quite worrying, the future of the world,” he added. “We need to appeal to the people and educate them to sort of revolt against this and to fight the propaganda of the fossil fuel industry which is unrelenting and enormous. 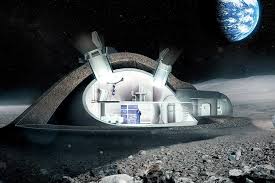 The European Space Agency just announced it plans to build a Moon Base to replace the International Space Station by the 2030s.  ESA Director General Johann Woerner says it will be a collaborative effort between ESA, the U.S., Russia and China – but he and his agency call it a “Moon Village.”

Woerner added that the ambitious project will be used for scientific experiments and as a pit stop for trips to Mars, and could also 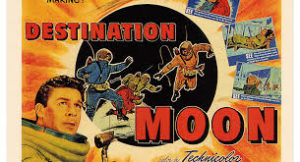 include mining and space tourism activities.  ESA recently proclaimed getting back to the Moon a priority for the agency, and like many others weighing in on the future of space exploration, said that the “village” would be a prerequisite for going to Mars. 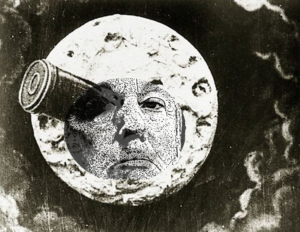 “Presumptive” Republican presidential nominee Donald Trump thinks he can curb NASA spending – once again illuminating how bereft his mind is in how the Constitution works – and indicated space exploration would take a backseat to our military readiness and the economy should he be elected in November.  Of course, like all politicians, he gave saccharine lip service to the agency after first blurting his true feelings on it, according to Space News,  reporting on a questionnaire they sent to all White House contenders on the subject.  The Dumpster called NASA “one of the most important agencies in the United States government for most of my lifetime.”

And as always, he relates everything under the Sun to his lifetime. 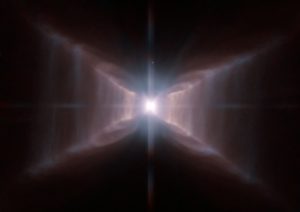 While astronomers are drooling over the prospect of the James Webb Telescope – which won’t launch until 2018 and won’t start functioning fully for many months after that – the Hubble Space Telescope is still finding unimaginable wonders.  The latest is a star surrounded by a bizarre structure called The Red Rectangle.

Hubble snapped pix of HD 44179 earlier this month, and the star gives off a reddish-orange glow which is caused by hydrogen surrounding a proto-planetary nebula.  The sun in the middle of the pic is actually much like our own, but is on its way to becoming a hot white dwarf star. 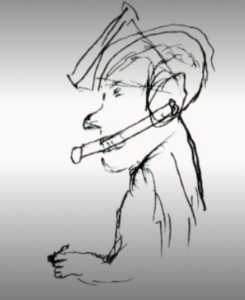 A recent “illustrated” interview The New York Times conducted with Moonwalker Buzz Aldrin revealed a number of personal items about the 80-something former astronaut as depicted via his own pencil sketches. In the interview, we learn that before he was an American icon, the Apollo astronaut took his first job as a dishwasher, thinks the  MTV Award looks like him, has definite design ideas for a Mars colony, and would like lamb chops and a coconut as a final meal (what, no Tang?) Aldrin is currently pitching his new book, “No Dream Is Too High: Life Lessons From a Man Who Walked on the Moon.”