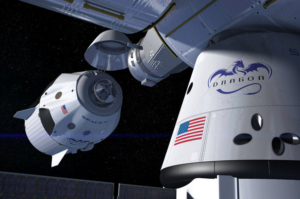 NASA policy wonks got together last week in Cleveland to deliver a series of public reports about the space agency, specifically its Human Exploration and Operations, which is running out of time to provide a permanent “Made in the USA” way to send astronauts to the International Space Station (ISS) before the end of 2018. Ever since the US mothballed the space shuttle program in 2011, American astronauts have been ferried to low Earth orbit via Soyez craft as part of a one-off deal with the Russians that expires December 31, 2018. Fortunately .NASA has been feverishly working with commercial firms Space X and Boeing  that reportedly will be ready to conduct flights of next-generation crewed space taxis by October 2017 and May 2018 respectively. However, given the usual development hiccups that occur in such projects, there is no guarantee that these dates could be pushed back, thus jeopardizing the status of future ISS missions. On the bright side however, NASA announced Friday that it has ordered a second SpaceX crew mission to the ISS.  SpaceX’s successful full-duration test of a reused Falcon 9 first stage in a major step towards maintaining a fleet of fully-recycled commercial rockets.

While NASA scientists are biting their nails over low-Earth orbit capabilities, the space agency’s human flight programs continue to look beyond our planet with the development of a heavy duty Space Launch System. During last week’s Advisory Council meeting in Cleveland,  NASA deputy associate administrator for programs provided an overview of NASA’s deal with Space X in which the agency will support that firm’s unmanned Red Dragon Mars lander mission in May 2018. While NASA estimates that Space X is spending $300 million on its Red Dragon development, the space agency expects to provide $32 million over four years in Mars mission technical support for Elon Musk’s commercial space firm. 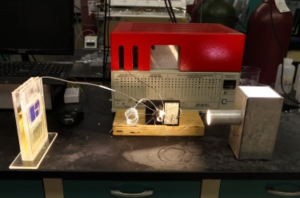 In what could result in a commercial technology that may render fossil fuels obsolete, engineers at the University of Chicago have developed a new type of solar cell that can convert carbon dioxide into hydrocarbon fuel using the power of the sun. According to Amin Salehi-Khojin, “Instead of producing energy in an unsustainable one-way route form fossil fuels to greenhouse, we can now reverse the process and recycle atmospheric carbon into fuel using sunlight.” Unlike the traditional photovoltaic cell that can transform sunlight into electric energy which is then stored in batteries, Salehi-Khojin’s team has developed a “photosynthetic” cell that can manufacture a mixture of hydrogen gas and carbon monoxide that can be burned directly or converted into other forms of fuel, like diesel.

Just when you thought Donald Trump had a monopoly on doomsday predictions, a viral video posted through End Time Prophecies last month predicted a colorful end-of-the-world scenario that was set to occur (and as far as we can tell failed to happen) on July 29th. In case you overslept and missed the end times, according to the 17-minute barn burner Youtube clip (and automatic Galactic Sandbox 2016 Tin Foil Hatter of the Year nominee), the Earth’s magnetic poles were supposed to flip, causing the planet to split open and “stagger like a drunk .. collapse, and never rise again.”  Apparently the video was produced by Armageddon News, which claimed that someone else had re-uploaded their video and slapped a July 29 date to it. “Nothing is going to happen on July 29th. We have never claimed such a thing , this date is just another false date being promoted online,” explained Armageddon’s John Preacher. For the record, regardless of a specific date, Preacher’s video does predict Jesus will return the same day the Earth’s magnetic poles reverse, so just in case we’re keeping our supply of tin foil hats well stocked.