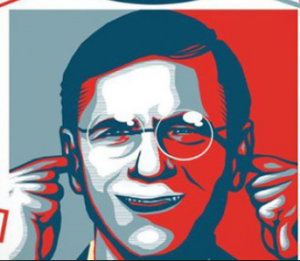 Just when we didn’t think the political atmosphere engulfing outer space goals could get any worse – what with Trump and his new “science advisers” promising to sever NASA’s global warming studies division and throw it Dog knows where – Texas Sen. Lamar Smith (R-Perdition) has to open his big mouth again.  And yes, he’s balking once more about the agency’s Asteroid Redirect Mission, or ARM. (Smith is the gavel-banger of the House Committee on Space, Science and Technology.) 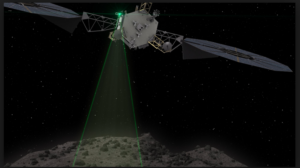 To provide some background, ARM proposes sending a spacecraft to an asteroid, retrieving a boulder from it, and placing it into cislunar orbit where visiting “lunatic” scientists can study the rock from the vantage point of the Moon’s surface, or from manned spacecraft.  NASA says the mission would close five “strategic knowledge gaps” that are pertinent to understanding before sending humans further into the void of space aside from the Moon, say, to far-flung Mars and beyond… .as Congress now claims to be so hell-bent that the agency focus on.  Among those knowledge gaps is the pesky problem of how to prevent astronauts from getting cancer caused by solar radiation on long trips through space.  Even the Trump cabal can’t pretend that isn’t a buzz kill. 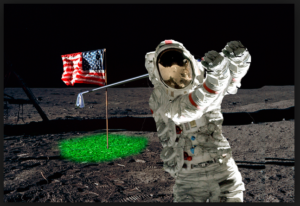 I submit this:  Congressional Republicans are so bereft of facts, so devoid of current knowledge, so unwilling, so unable to make a sound decision that they can not in any way understand future NASA science, and they are unable to make unbiased decisions.  These bastards make former President Cheney look like a prom dilettante when it comes to protecting their conflicted interests spread around the world.  I truly believe that the ARM proposal is too intellectually gnarly for any of our lawgivers in Washington  DC – you know, the oligarchical old white men with nothing left to lose but their so-called sanity – to comprehend.  Their knee-jerk reaction to such an intricate space mission is, “But where are the golf balls????”

As I have said, or at least intimated so many times in these last two years, we – as the survivors of the human race — are utterly screwed.  Why not go out in a blaze of glory?

Many thanks XKCD, Randall Munroe.

So right on cue, Smith made a point this week of proclaiming that some scientists from NASA who just published a defense of the ARM project are liars and morons.  (Seriously, he did this.  THIS, from a fossil-fuel rich idiot who knows NOTHING of science.)  Smith and one of his buddies on the committee wrote a letter to the ever-suffering current head of NASA, former astronaut Charlie Bolden, claiming that poor stunted Trump should never be encumbered by decisions made by that blackish guy in the White House, and that the incoming Administration has access to “honest assessments” of ARM’s value rather than “farcical studies scoped to produce a predetermined outcome.” 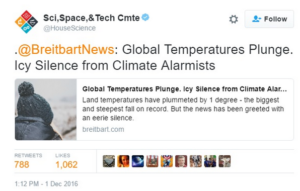 The US House of Representative Committee on Science, Space, and Technology (chaired by Tin Foil Hat climate denier and crash test dummy Lamar Smith) is feeling the heat over its recent tweet that appears to promote a Brietbart News article which, not surprisingly, falsely makes the case that global temperatures are bottoming out rather than skyrocketing to unprecedented high levels. Gratefully, Senator Bernie Sanders didn’t miss a beat, and responded asking, “Where’d you get your PhD? Trump University?” 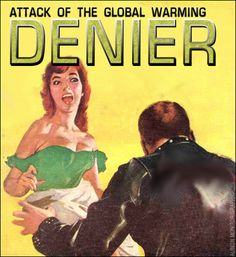 Titled “Global Temperatures Plunge, Icy Silence from Climate Alarmists,” the Breitbart fake news screed was penned by James Delingpole, whose most recent limbic barn burners include “Trump at NASA: Hasta la Vista Climate Fraud and Muslim Outreach…” and “Trump’s War on the Green Blob Will Make (Almost) All of Us Richer, Happier, and Freer.”  Delingpole disingenuously asserts that “Global land temperatures have plummeted by one degree Celsius since the middle of this year — the biggest and steepest fall on record,” and that “the news has been greeted with an eerie silence by the world’s alarmist community.”

To set the record straight, here are some actual facts as reported by Business Insider: 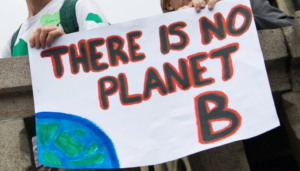 While it’s unclear who was responsible for the committee’s twitter broadcast, what’s certain is that not much else would be expected from a group that has at its helm the anti-climate science Smith, whose oil-soaked pockets belie which global warming narrative he’s ready to champion. 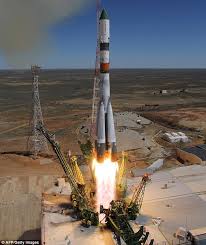 On Thursday, Dec. 1, an unmanned Russian “Progress” cargo ship launched to resupply the International Space Station blew up when its rocket developed “problems,” scattering 5,400 pounds of fuel, food, water and supplies (including a new spacesuit) over the Tuva Republic of Russia.

Roscosmos (the Russian version of NASA) lost contact with the kerosene-fueled (!) Soyuz booster moments before it even lifted off the pad, and figured its third stage went kablooey some 120 miles away from its start point.  Among the problems cited in the accident, said Roscosmos, was “ratty telemetry.” 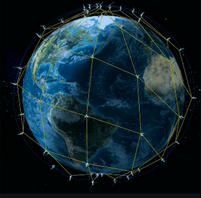 SpaceX, which has been grounded since September when the company’s Falcon 9 rocket perished in a fireball along with its $200 million payload,  plans to get back in the saddle December 16th (FAA approval pending) with the launch of the first in a series of next-generation mobile voice and data spacecraft. The commercial space firm headed by Elon Musk has a deal to lift 10 Iridium NEXT satellites as part of what the space-based voice and data firm boasts as the “largest ‘tech upgrades’ in history of the largest low-Earth orbiting sat network. Presently, Iridium intends to launch 70 of its 81 new satellites with SpaceX, and assuming all goes smoothly, will remain a loyal customer for the final 11. 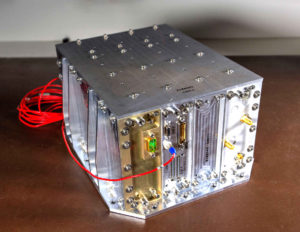 Anyone else out there old enough to remember the excruciating televised event when Mission Control had that nail-biting communications “black-out” period when the Apollo 13 command craft was making its fiery descent into the atmosphere, but bringing three brave astronauts back home safely?  Well, that might be a thing of the past with a new gizmo that enables super-duper hyper-sonic-breaking communications in deep space that NASA has… sort of stumbled upon.  It started some years ago with the agency’s Black Hole Imager project which used X-Rays to analyze the outer edges of black holes that reside at the center of most galaxies.  Those X-Rays, which are essentially just a different form of light than what we normally use or see with, may be the answer to more instantaneous communication in deep space and between craft that are traveling at or beyond super-sonic speeds, as they do when descending into planetary atmospheres. Let’s hope Congressional Republicans don’t squish out this cusp of such a breakthrough, simply because they are too moronic to understand it.