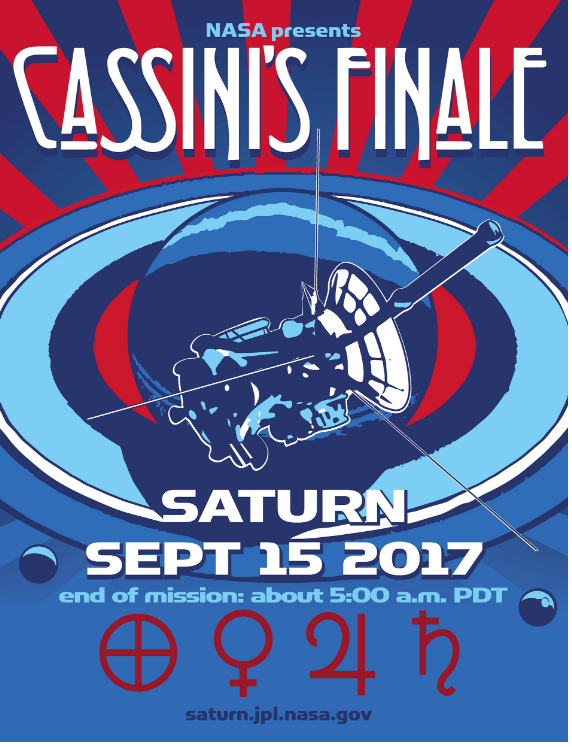 The Cassini spacecraft will end its unprecedentedly-successful seven-year run this Friday when it plunges into Saturn’s atmosphere, sending real-time science data just before the tiny capsule burns to a crisp. According to NASA, its mission operators are committing probiside to “ensure Saturn’s moons will remain pristine for future exploration—in particular, the ice-covered, ocean-bearing moon Enceladus, but also Titan, with its intriguing pre-biotic chemistry.” Since last April, Cassini has been on a 22-orbit “Grand Finale” tour of Saturn and its rings, providing unparalleled front-row observations of the Saturnian system. 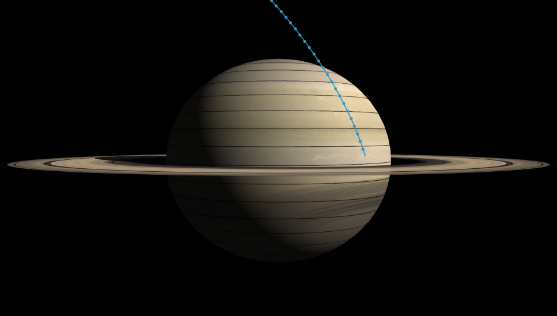 According to NASA, even in its final days, Cassini is expected to dazzle, scientifically-speaking, as it plans to do the following: 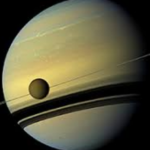 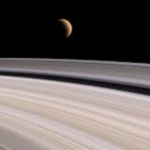 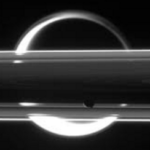 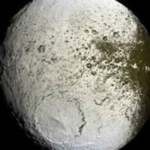 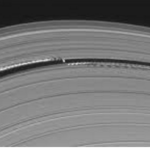 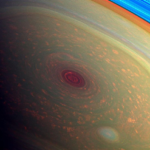 Recently, NASA compiles a list of “Nine Ways Cassini-Huygens Matters,” which we think best eulogizes one of the space agency’s most successful planetary endeavors:

1. NASA’s Cassini spacecraft and ESA’s Huygens probe expanded our understanding of the kinds of worlds where life might exist.

2. At Saturn’s largest moon, Titan, Cassini and Huygens showed us one of the most Earth-like worlds we’ve ever encountered, with weather, climate and geology that provide new ways to understand our home planet.

3. Cassini is, in a sense, a time machine. It has given us a portal to see the physical processes that likely shaped the development of our solar system, as well as planetary systems around other stars.

4. The length of Cassini’s mission has enabled us to observe weather and seasonal changes, improving our understanding of similar processes at Earth, and potentially those at planets around other stars.

5. Cassini revealed Saturn’s moons to be unique worlds with their own stories to tell.

6. Cassini showed us the complexity of Saturn’s rings and the dramatic processes operating within them.

7. Some of Cassini’s best discoveries were serendipitous. What Cassini found at Saturn prompted scientists to rethink their understanding of the solar system.

8. Cassini represents a staggering achievement of human and technical complexity, finding innovative ways to use the spacecraft and its instruments, and paving the way for future missions to explore our solar system. 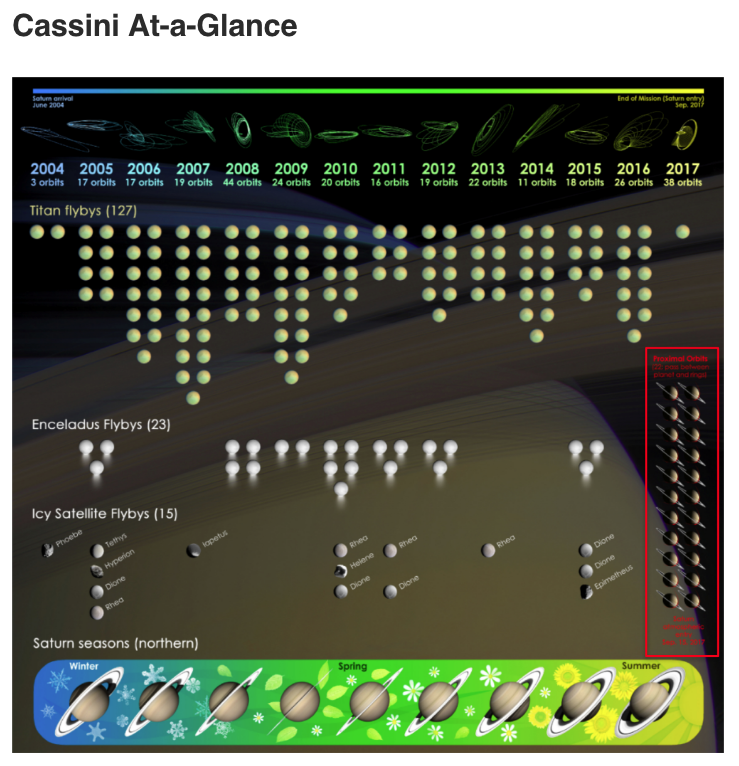 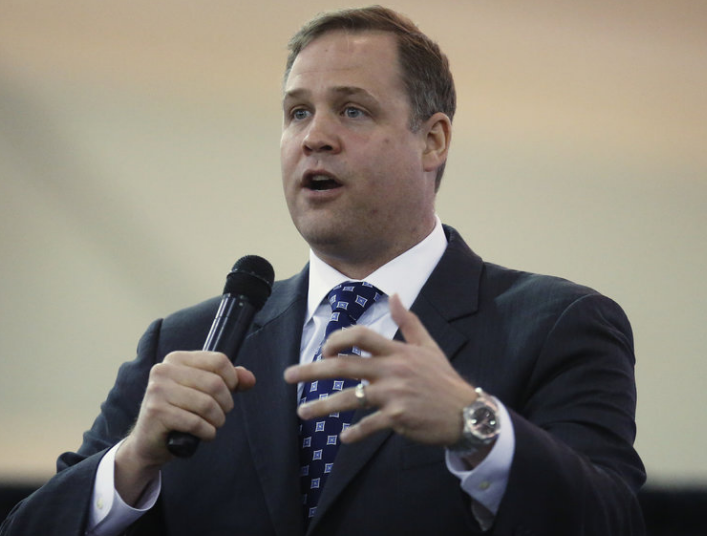 Acting against expressed objections of having a politician lead NASA, Donald Trump has picked Oklahoma Rep. Jim Bridenstine to head the space agency in a move consistent with his other administration appointees who are either ninth-round picks or nowhere near qualified for the job. Bridenstine, a Republican from Oklahoma (hmm .. sounds familiar) since 2012, was once executive director of the Tulsa Air & Space Museum & Planetarium, and served as a Navy combat pilot during the Iraq and Afghanistan wars. In addition, as a member of the House Science, Space, and Technology Committee (chaired by anti-science corporate schillster Lamar Smith), Bridenstine led the charge toward a revitalized NASA with his starry-eyed  American Space Renaissance Act. 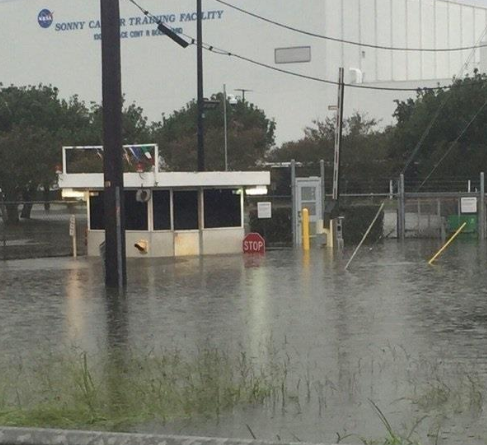 First the good news: Bridenstine has rightfully warned about the dangers of the ever-accumulating orbital debris, calling it “a problem that cannot be ignored any longer.” On a more debatable point, he also believes that the discovery of water ice on the Moon should be enough of a reason to deploy rovers and other exoplanetary tools to extract lunar materials to bring the cost down on space exploration. However, Bridenstine, with deep ties to the fossil fuel industry, croons his masters’ mantra that human-based activities are not the cause of climate change. (Bzzzzzz!  Thanks for playing Jim!)  Of note, in a 2016 Aerospace America interview, Bridenstine provided a unique twist to the classic denier shuck and jive: “I would say that the climate is changing. It has always changed. There were periods of time long before the internal combustion engine when the Earth was much warmer than it is today,” Well, there’s one thing for certain: at the rate the oceans are warming, Bridenstine – if approved by the Sentate – will soon have to change his sights from the Moon to mop-up detail for water-logged Johnson and Kennedy Space Centers as greenhouse gas-fueled superstorms force NASA – and many Americans – to furiously tread water. 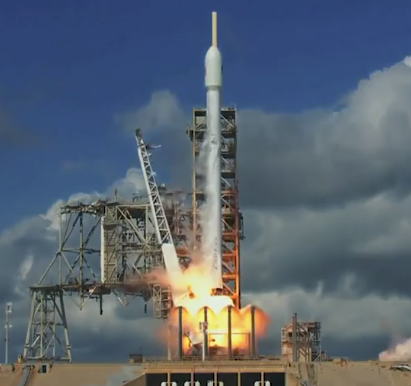 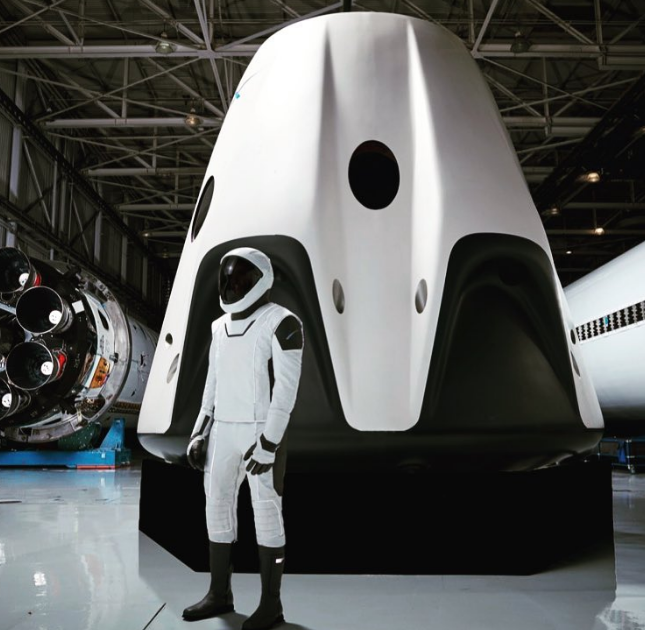 SpaceX chief Elon Musk last week released a pic featuring a full-body shot of his company’s proposed space suit designed for NASA’s Commercial Crew Program that will ferry astronauts to and from the International Space Station. The image, which Musk shared on Instagram, shows an outfitted space suit model standing next to the firm’s Crew Dragon capsule. 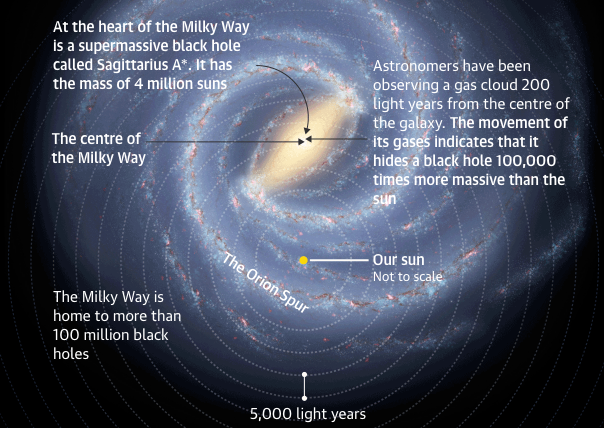 Japanese astronomers announced recently the discovery of what they believe to be an enormous black hole 100,000 times more massive than the Sun lurking in the midst of a gas cloud near the heart of the Milky Way. If confirmed, the monster gravity well would rate as the the second-largest black hole found in our galaxy, just behind the supermassive “Sagittarius A” located at the Milky Way’s dead center. According to Tomoharu Oka of Keio University in Tokyo whose findings were published in the journal Nature Astronomy, the newly-found exotic object could be the heart of an old dwarf galaxy that was tore apart during the creation of the Milky Way billions of years ago.